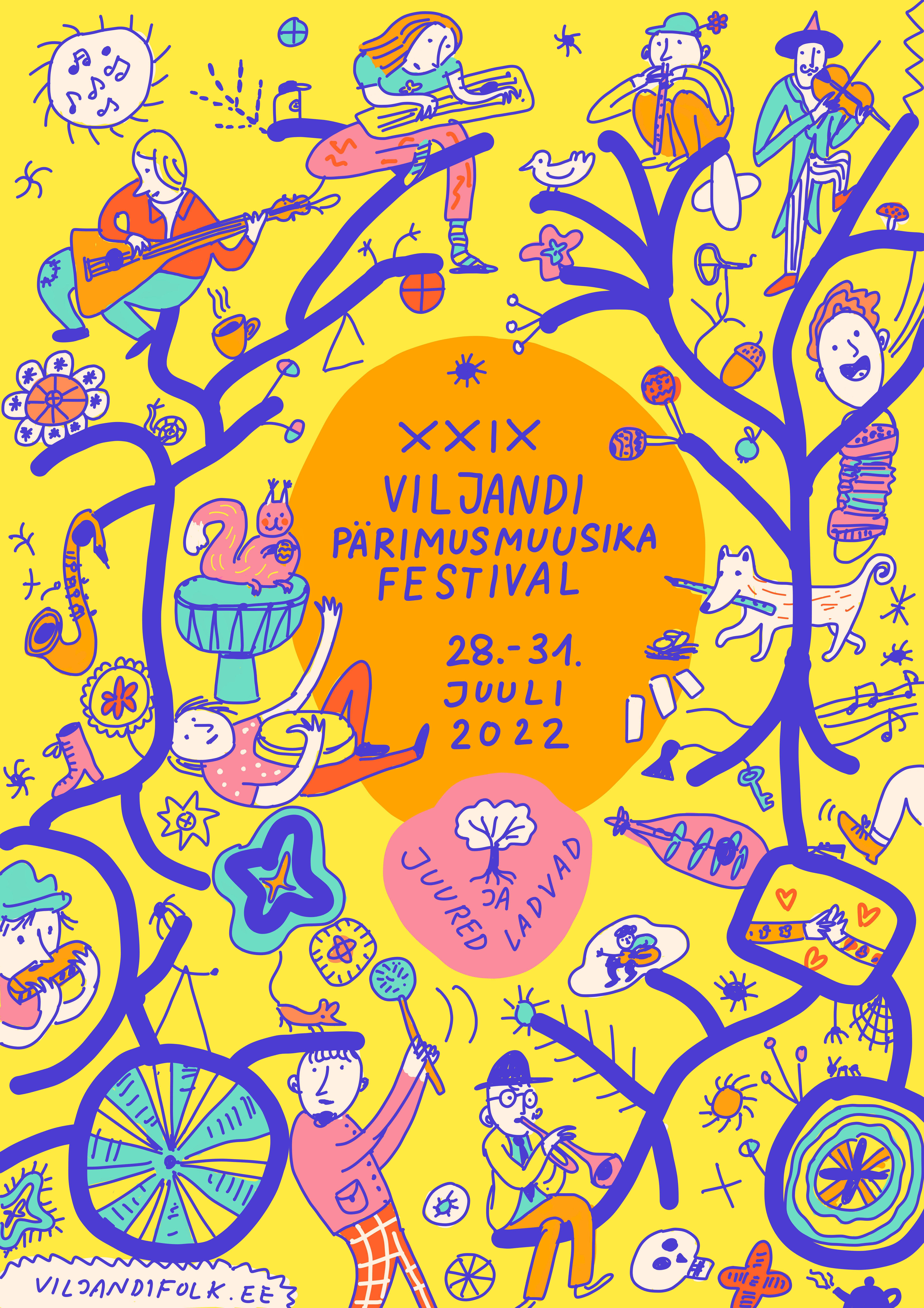 This year’s festival program will feature performers from Europe, Africa, Asia and the Americas–a total of 60 artists, from 19 different countries. Amazing special projects and fresh ensembles are expected from Estonian performers.

The festival is also renewing its structure, offering a varied program and a cozy atmosphere for passport holders, as well as expanding the area of the festival, which is primarily intended for people who come to enjoy the fun of the festival and plan a shorter visit.

The head of the festival, Ando Kiviberg, referred to the limitations of the corona years, which encouraged experimentation. “Last year’s passport system received an excellent reaction from the visitors–the passport system, the new concert stage, and having no restrictions to move around in the festival grounds were well received. We sensed the aura was very good, and that it is the passport-holding festival visitors who delve into the program and enjoy it,” noted Kiviberg. “We aspire to maintain such an atmosphere, while at the same time inviting people who are just getting to know traditional music to have fun,” he commented on the renewed format.

Every year, the festival focuses on a certain aspect or characteristic of traditional music that inspires our guests. This year’s theme is “Roots and Treetops”, to celebrate the musical roots and to emphasize the role of young talent as promoters of tradition. The design author of this year's festival is the painter and illustrator Liisa Kruusmägi, who has conveyed the mood of the festival and this year's theme with a strong line and her own variety of colors.

The complete program of the festival will be announced in mid-May. The price of the festival’s four-day and one-day passes increases over time. Passes and tickets are available here.