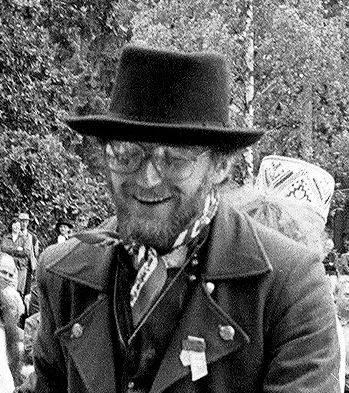 “Both of these men are powerful examples of how infectious role models can be and they have played special roles in how our festival has developed over the years,” says the Head of Viljandi Folk Music Festival Ando Kiviberg. “Igor Tõnurist together with Ain Sarve, Kristjan Torop and other peers shaped the revival of traditional music in Estonia during the last quarter of the 20th century. And Igor was the one who made sure that the authentic folk music tradition is not ruined by approaching it superficially,” reminisces Kiviberg.

“Jaak Johanson’s view of traditional music played a big role in the creation and shaping of the values of Viljandi Folk Music Festival. Jaak has said that the festival is conducive of falling in love,” explained Kiviberg,

Igor Tõnurist, who was an ethnographer, folklorist and the artistic director of the traditional music group Leegajus, passed away on January 9 this year and Jaak Johanson, who was a traditional musician and actor, left us on February 14.

As an ethnographer, Igor Tõnurist researched traditional instruments and instrument playing but he also acted as role model for many as the artistic director of traditional music groups Leegajus and Sõsarõ.” His wish and goal was to present traditional culture as a whole, involving music, dance, knowledge, manners and clothes,” described Kristin Kuutma who is a former member of Leegajus.

“If you don’t have a good role model, then you won’t be able to find your wild side,” explained Jaak Johanson when referring to the role Tõnurist played in his life in an interview given in 2020. “The recognition that traditional song is something that I should get involved in developed while I was involved with Leegajus,” reminisced Johanson, who was a member of the group during 1976-1981. He also said that because of Tõnurist, the group never made “souvenir” folk music but instead focused on the authenticity, academic roots and offered wilderness, flying and escape through song.

The tribute concert “Thinking of Jaak” takes place on Friday, July 23 at 23.00 at St Paul’s church and Igor Tõnurist’s memorial concert is happening on Saturday, July 24 at 21.30 in the Traditional Music Center.

The festival is not selling single tickets to concerts this year but day passes for Sunday are available. Visitors who definitely wish to attend these concerts are recommended to purchase the additional tickets that guarantee access to indoor concerts for pass holders that cost 2 euros as soon as possible (not applicable to press). Additional tickets are available at the Ticketer internet shop using the ID on the festival pass. During the festival, guests can purchase additional tickets from the information and ticket sales tent on Vabaduse square and from the Traditional Music Center upon presenting your wristband.

Igor Tõnurist’s memorial concert includes performances by all of his students, including those who became more like colleagues down the line or walked next to him. These include Ando Kiviberg, Kristin Kuutma, Lauri Õunapuu, traditional music group Leegajus, Ants Taul, Cätlin Mägi, Tuule Kann and Kertu-Liis Õnnis, Raivo Sildoja, Ott Kaasik, Tarmo Kivisilla and Žurba. The artistic director of the concert is Lauri Õunapuu.

The second year students of fashion, textile and accessories design from Estonian Art Academy help to make the tribute concert for Tõnruist a success. Under the mentorship of Piret Puppart, they will create a playful light installation to commemorate Tõnurist to highlight his contribution to the research of traditional clothing. “The sacred house filled with light ornaments includes hints ranging from the heritage of different areas to the tree of life,” explained Puppart.